Eye Movement Desensitisation & Reprocessing (EMDR) is a therapy used predominantly for those who have experienced trauma and are suffering from Post-Traumatic Stress Disorder.  When a traumatic event isn’t fully processed within our brain, it can become ‘stuck’ in the threat system.  This can lead to flashbacks, feeling as though the event is re-occurring (‘re-living’) or nightmares.  EMDR uses eye movement (or another form of what we call ‘bilateral stimulation’, which can include tapping or audio stimulation) to help fully process the traumatic memory.  It does not eradicate the memory, but it helps to reduce the levels of distress associated with it and can stop the memory from occurring involuntarily (e.g. through flashbacks or nightmares).

EMDR is made up of a number of phases of treatment.  The initial sessions involve assessment of the experiences that have led you to seek therapy, including the painful memories that have been causing you the distress that you would like to work through.  During this phase, your therapist also helps you to learn some strategies for dealing with anxiety and stress; it can feel quite overwhelming when working with traumatic memories, so it is important that you feel equipped with some skills to make you feel safe and grounded between sessions.

During the processing sessions, you will be asked to bring your target memories to mind, focussing on the image of the memory and how you feel both emotionally and physically.  Your therapist will then guide you through a set of eye movements, which they do by holding their fingers up in front of you and moving them from side to side whilst you follow them with your eyes (although there are alternative options such as tapping if this is challenging for you).  After a number of eye movements, the therapist will stop and check in with any images and feelings that arose and then continue with another set of eye movements.  You are likely to undertake a number of repetitions within each session.

Another core aspect of EMDR is developing a more adaptive positive belief about yourself and letting go of unhelpful beliefs (that are often tied up with your traumatic experience/s).  This is also undertaken by performing eye movements to ‘install’ the memory.

Whilst EMDR is primarily sought by those who have had traumatic experiences, it is increasingly being used for other difficulties such as anxiety (including phobias and OCD), panic and depression.  It can be used alongside other talking therapy approaches including CBT, particularly where there is distress associated with a particular memory. 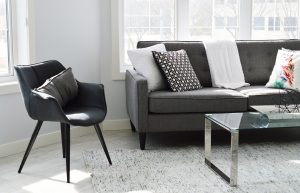 How do I know if I’m ready for therapy or if it is even right for me?

This is a really important question to ask yourself before starting therapy, but it is also a tricky one to answer, particularly if you haven’t

How are trauma memories different from normal memories?

If we imagine that our minds are like a cupboard with various shelves and rails, then our memories will be like the things that we 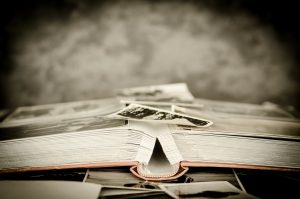 What is EMDR and how does it work?